Rank and Descriptions and More

Faster than a speeding bullet.
More powerful than a locomotive.
Leaps tall buildings in a single bound.
Walks on water.
Lunches with God, but must pick up tab.

Almost as fast as a speeding bullet.
More powerful than a shunting engine on a steep incline.
Leaps short buildings with a single bound.
Walks on water if sea is calm.
Talks to God.

Faster than an energetically thrown rock.
Almost as powerful as a speeding bullet.
Leaps short buildings with a running start in favorable winds.
Walks on water of indoor swimming pools if lifeguard is present.
May be granted audience with God if special request is approved at least three working days in advance.

Can fire a speeding bullet with tolerable accuracy.
Loses tug-of-war against anything mechanical.
Makes impressively high marks when trying to leap tall buildings.
Swims well.
Is occasionally addressed by God, in passing.

Can sometimes handle firearm without shooting self.
Is run over by trains.
Barely clears outhouse.
Dog paddles.
Mumbles to self.

Is dangerous to self and comrades if armed and unsupervised.
Recognizes trains two out of three times.
Runs into tall buildings.
Can stay afloat if properly instructed in the use of life jacket and water wings.
Talks to walls.

Can be trusted with either gun or ammunition but never both.
Must have train ticket pinned to jacket and mittens tied to sleeves.
Falls over doorsteps while trying to enter tall buildings.
Plays in Mud puddles.
Stutters.

Under no circumstances to be issued with gun or ammunition, and must even be closely supervised when handling sharp pieces of paper – staples are right out.
Says: "Look at choo choo!"
Not allowed inside buildings of any size.
Makes good boat anchor.
Mere existence makes God shudder.

Catches hyper sonic armor piercing fin stabilized discarding sabot depleted uranium long rod penetrators in his teeth and eats them.
Kicks bullet trains off their tracks.
Uproots tall buildings and walk under them.
Freezes water with a single glance; parts it with trifling gesture.
Is God.

In the beginning God created the Heavens and the Earth and the Infantry.

And God looked upon the Infantry, saw that it was good, and said unto them "Thou art my chosen children. Take thou dominion over the Earth; over the fish of the Sea, the birds of the Air, and all of the Key Terrain." And as a mark of His favor the Lord placed in the hands of the Infantry the sacred relics: the Apostolic Anti-Armor Weapon, the Catholic Claymore, and the Marian Machine Gun. Likewise gaveth the Lord unto the Infantry the Rucksack of Repentance, the Radio of Redemption, the Rifle of Rectitude. Lastly, unto the Infantry, and most divine of
all, the Lord gaveth the Holy Hand Grenade.

For the Infantry's sustenance the Lord declared "Four shall be thy food groups: Coffee, Tobacco, C-Rats, and Alcohol. Shun all other unclean food and drink."

And the Infantry dwelt in the land therein.

And time passed, and the Infantry cried out unto their God saying "Lord, help us, for we are weary."

And God smiled upon the Infantry, for they were blessed. Then the Lord took the fattest and laziest of the Infantry and set them upon beasts of burden. And these He called Cavalry. And as the Cavalry became fatter, lazier and heavier still they were known as Armor, or DAT's for short. And the Lord looked down upon the Armor and saw that it was mediocre.

The Lord then said "Oh, well. Thou canst not win them all. Let them lead in case of landmines." To the DAT's the Lord said "Quiche shall be thy food, and bottled water thy drink. Touch not the sacred chow of the Infantry."

And the Infantry and the Armor dwelt in the land therein.

And time passed and the Infantry cried out again unto their Lord saying "Lord help us, for we are weary."

And God smiled again upon the Infantry, for they were his chosen.

Then God took those of the Armor with butts like baseplates and breath like sulfur and tiny, tiny pee-pees and these He made Artillery.  But God saw that the Artillery, too, was mediocre and said unto Himself "Oh well, garbage in; garbage out."

Unto the Artillery He said "The big guns shall atone in part for thy diminutive other stature. Tryst thou not to hurt thyself."

To the Infantry the Lord said "When the night is darkest these shall light the way…more or less. When the approach is most open these shall, occasionally – with luck, confound the enemy's sight. When thou callest for fire support these shall – eventually – provide it with high explosive, cluster munitions and, best of all, nukes." Though the Lord cautioned the Infantry to never, never, never trust Tacfire or any other electronic computer in the hands of the Artillery. And the Infantry, the
Armor, and the Artillery dwelt in the land therein. Then the Artillery created the Air Defense Artillery; but quickly asked forgiveness.

And time passed and the Infantry called out yet again unto their God, saying "Lord help us, for we are weary."

Again the Lord looked with favor upon the Infantry. He took those of the Armor, Artillery and Air Defense Artillery who most liked to play in the mud and these he made Combat Engineers, and those who dwelt in darkness and spoke in riddles and these he made Military Intelligence, and those with thieving hearts and these He made Quartermasters, and of those who neither sowed nor reaped and were most fond of hammering square pegs into round holes He made Adjutants General. Of those who liked to tinker with good equipment until it broke He made the Ordnance Corps. Of those whose penchant was poison He made Cooks. Of those who ran around in circles He made the Transportation Corps. Of the least articulate He made Signalers. Of the mindlessly doctrinaire and arrogant He – reluctantly – created Military Police and Inspectors General (though the Lord admitted, to Himself, that He was probably only providing employment opportunities to Satan's minions). Of those who dealt in controlled substances He made the Medics and of those whose minds had been destroyed by the same made He the Chemical Corps. Yea, the Lord of All filled up the MTOE.

And the Infantry, and the others, dwelt in the land therein.

Time passed, but yet, again, the Infantry cried out unto their God, saying "Lord, help us, for we are weary.

And the Heavens darkened, and the clouds gathered. The lightning's spake and the Infantry abased themselves before their God, for they were sore afraid.

And the Lord spoke with anger, asking "How canst thou yet be weary?  Have I not made the Armor and the Artillery to support thee? Have I not made of the detritus of the earth Quartermasters and Adjutants and Signalers and Transporters and a host of others to assist thee? Verily, have I not even made Military Intelligence, although it were a contradiction in terms?"

Humbly the Infantry abased themselves again before their God, crying "Lord, it is of these that we are weary."

The average age of the Infantryman is 19 years. He is a short haired, tight-muscled kid who, under normal circumstances is considered by society as half man, half boy. Not yet dry behind the ears, but old enough to die for his country. He never really cared much for work and he would rather wax his own car than wash his father's; but he has never collected unemployment either.

He's a recent High School graduate; he was probably an average student, pursued some form of sport activities, drives a ten year old jalopy, and has a steady girlfriend that either broke up with him when he left, or swears to be waiting when he returns from half a world away. He listens to rock and roll or jazz or swing and 155mm Howitzers. He is 10 or 15 pounds lighter now than when he was at home because he is working or fighting from before dawn to well after dusk.

He has trouble spelling, thus letter writing is a pain for him, but he can field strip a rifle in 30 seconds and reassemble it in less. He can recite to you the nomenclature of a machine gun or grenade launcher and use either one effectively if he must. He digs foxholes and latrines and can apply first aid like a professional. He can march until he is told to stop or stop until he is told to march. He obeys orders instantly and without hesitation, but he is not without spirit or individual dignity.

He is self-sufficient. He has two sets of fatigues: he washes one and wears the other. He keeps his canteens full and his feet dry. He sometimes forgets to brush his teeth, but never to clean his rifle. He can cook his own meals, mend his own clothes, and fix his own hurts. If you're thirsty , he'll share his water with you; if you are hungry, his food. He'll even split his ammunition with you in the midst of battle when you run low. He has learned to use his hands like weapons and his weapons like they were his hands. He can save your life — or take it, because that is his job.

He will often do twice the work of a civilian, draw half the pay and still find ironic humor in it all. He has seen more suffering and death then he should have in his short lifetime. He has stood atop mountains of dead bodies, and helped to create them. He has wept in public and in private, for friends who have fallen in combat and is unashamed. Just as did his Father, Grandfather, and Great-grandfather, he is paying the price for our freedom. Beardless or not, he is not a boy. He is the American Fighting Man that has kept this country free for over 200 years. He has asked nothing in return, except our friendship and understanding.

Remember him, always, for he has earned our respect and admiration with his blood.

He is an INFANTRYMAN! 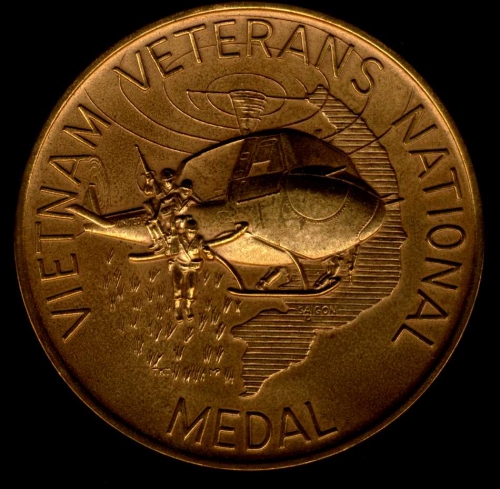 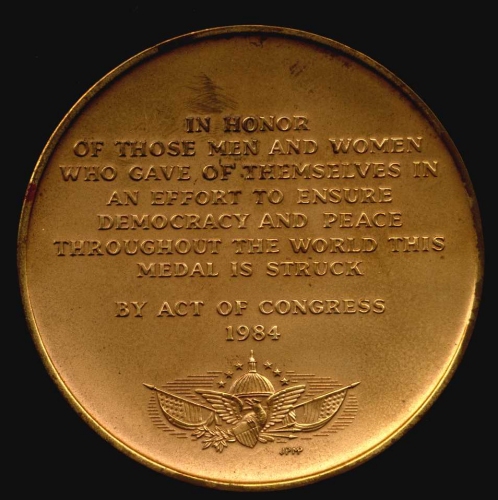 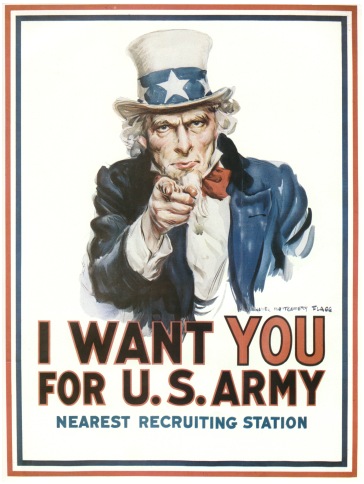