Day is done.
Gone the sun,
from the lake, from the hill, from the sky.
All is well.
Safely rest,
God is nigh.

We have dedicated this page to the memory
of our comrades who served in our 5th Battalion.

in front of their name on the “Membership” page.

The person being honored will, also have a gold star next to his name on either the “The 5/60 Wall” page or the “Memorial” page.
All of these gold stars will act as links between the memorial itself and the individual who dedicated the memorial.

If there is someone who served in the 5th. Battalion that you would like to memorialize, send your information to the Secretary.

If you would like to make a donation make out the check to:
5th Battalion 60th Infantry Association

and send it to the Secretary at:
5th Battalion 60th Infantry Association
377 Pebble Beach Drive
Rio Vista CA 94571-2140
Pictures may be edited by the Webmaster for size.
Words should be limited to 1000 or less.

The following individuals have placed a memorial and/or gave a donation.  Please click on their name or star to view:

Staff Sergeant David Lockwood served with Alpha Company , 1st Platoon at Rach Kien, Vietnam in 1968-69. He advanced from fire team leader to squad leader to platoon sergeant. Although he was a soft spoken soldier, his leadership skills came through loud and clear. David was well respected by his men, his fellow NCO’s, and his company officers. His courage and commitment, demonstrated on each combat mission, helped Alpha Company to become one of  America’s finest infantry units in Vietnam. In recent years David had been battling Huntington’s Disease. His wife Pat brought him to our 2012 Army Reunion. He wanted to see his brothers. His brothers wanted to see him. Staff Sergeant David Lockwood passed away on 1-18-19. He left behind his loving wife Pat, two daughters-  Beth and Wendy, and four grandchildren- Derek, Justin, Tyler, and Max, and his Band of Brothers from Vietnam. Pictured  (L-R) Staff Sergeant Barney Tharp and Staff Sergeant David Lockwood in Vietnam in 1968. 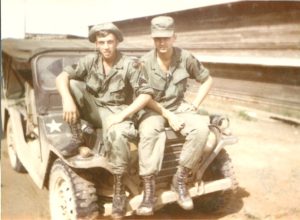 and William Metzler for their friend  href=”https://5thbattalion.net/departed.html#Kisling”>Alan Kisling

With pride and in loving memory of my brother

Tony Sparaco for all who served in the 5th Bn 60th Inf 9th ID.

With pride and in loving memory of my father

Michael Morgan for all of the men of HHC mortars.

Michael Morgan in honor of Denny Chancler, Danny Row and Jon Broenell
for listening and understanding.

Bob Cooper for all 5th/60th men who didn’t come home.

Ted Cremasco for all past members of HHC Co

Al (Hop) Hopkinson for  LTC Lucien K. Truscontt III.  The Colonel was the first to take command of the 5th/60th in the summer of 1966. Due to his rigorous training schedule at Fort Riley, the unit was fully trained and ready for combat when it arrived in Vietnam in December of 1966.

Tim Koeneman in honor of All 5/60 mech guys

Lawrence M. Klisura  To all Vietnam soldiers that wanted to be loved as much as they loved their country

Bob Rose in honor of all Vietnam Veterans

Bob Rose in honor of all 5th/60th guys

Bob Rose in honor of all 5th/60th KIAs

Siegfried, Stephen and Maggie  – In Memory of their Beloved Son,
Benjamin Thomas Siegfried

Alec Wade in honor of the 5th/60th

Henry Wells in honor of the 5th/60th

Michael A. Storti for his friend Anthony Belletti

Manuel Lucas for his comrades KIA from the 1st Platoon of Bravo Co. 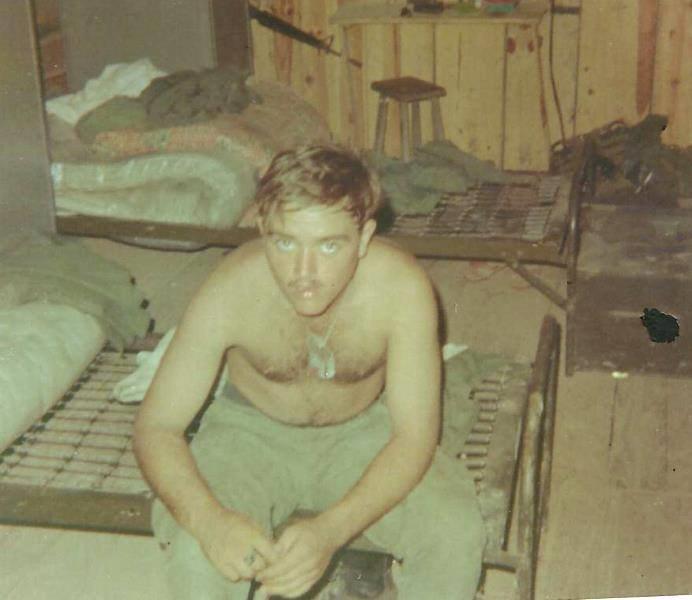 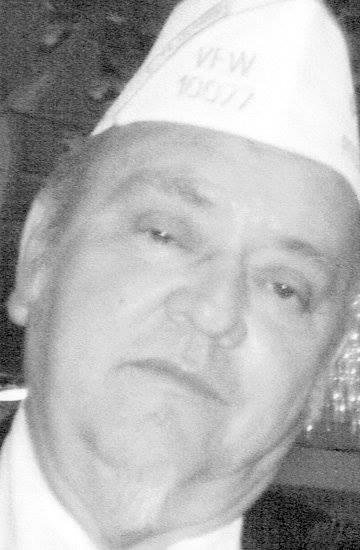 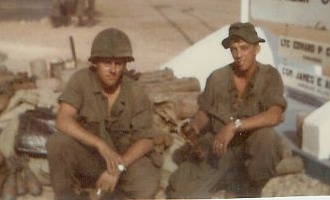 Ed ” Sgt. Rock ” Reiser held several leadership roles while serving with Alpha Company at Rach Kien, Vietnam. He advanced from Fire Team Leader to Squad Leader to Platoon Sergeant. Ed’s disciplined demeanor made him an outstanding NCO and an invaluable part of Alpha Company’s success. The men loved and respected Sgt. Rock. Ed returned to ” The World ” and Illinois, and soon met and married Ann. They have two loving children, Chris and Jennifer, and three grandchildren. Sadly, Ed died of a heart attack on
7-13-09. I was honored to travel to Illinois to attend my Nam Brother’s memorial and to pay tribute to his impact on my life spanning 40 years.
Respectfully submitted by Barney Tharp. 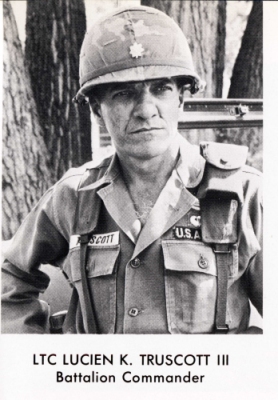 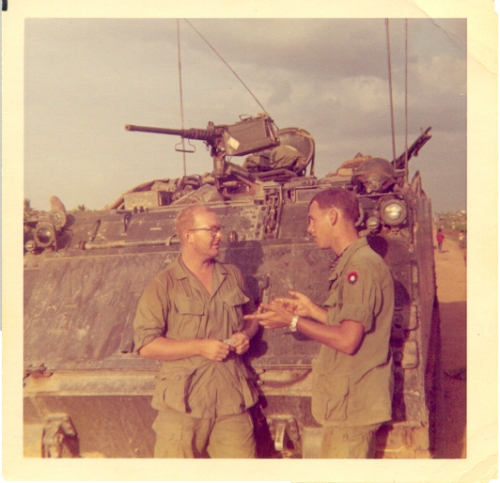 Left to Right – Joe Stanley & William “Metz” Metzler
Joe Stanley served as a Bravo Company Field Medic before becoming a Senior Medic at the aide station at Binh Phuoc.
He returned to his native North Carolina and became a Registered Nurse.

Joe served for many years as the Director of Central Supply of Dorothea Dix Hospital in Raleigh NC.

LOOK DEEPLY INTO MY BLACK GRANITE FACE
AND SEE YOURSELF IN THE REFLECTION
YOUR FACE SUPER-IMPOSED ON THE NAMES
NEVER FORGET THE NAMES, THE NAMES,
THE NAMES, FOR THEY HOLD THE ANSWER.

They may be forgotten by others, but never by me.
Respectfully submitted by Alan ( Shorty ) Kisling

Anthony Belletti was KIA in Oct 1968 while serving with the 2/60th 1st
Infantry Division. Our platoon engaged an NVA Company and Tony was killed
during the initial contact. I think of him often. He was a friend and fellow
warrior.

Respectfully submitted by Michael A. Storti

Lt. Webb originally went with the Battalion as the S-2 in 1966 and requested to go to a line Company (Bravo Company).  He was KIA on April 10, 1967.  The support base at Tan An along Thunder Road was named in his honor.